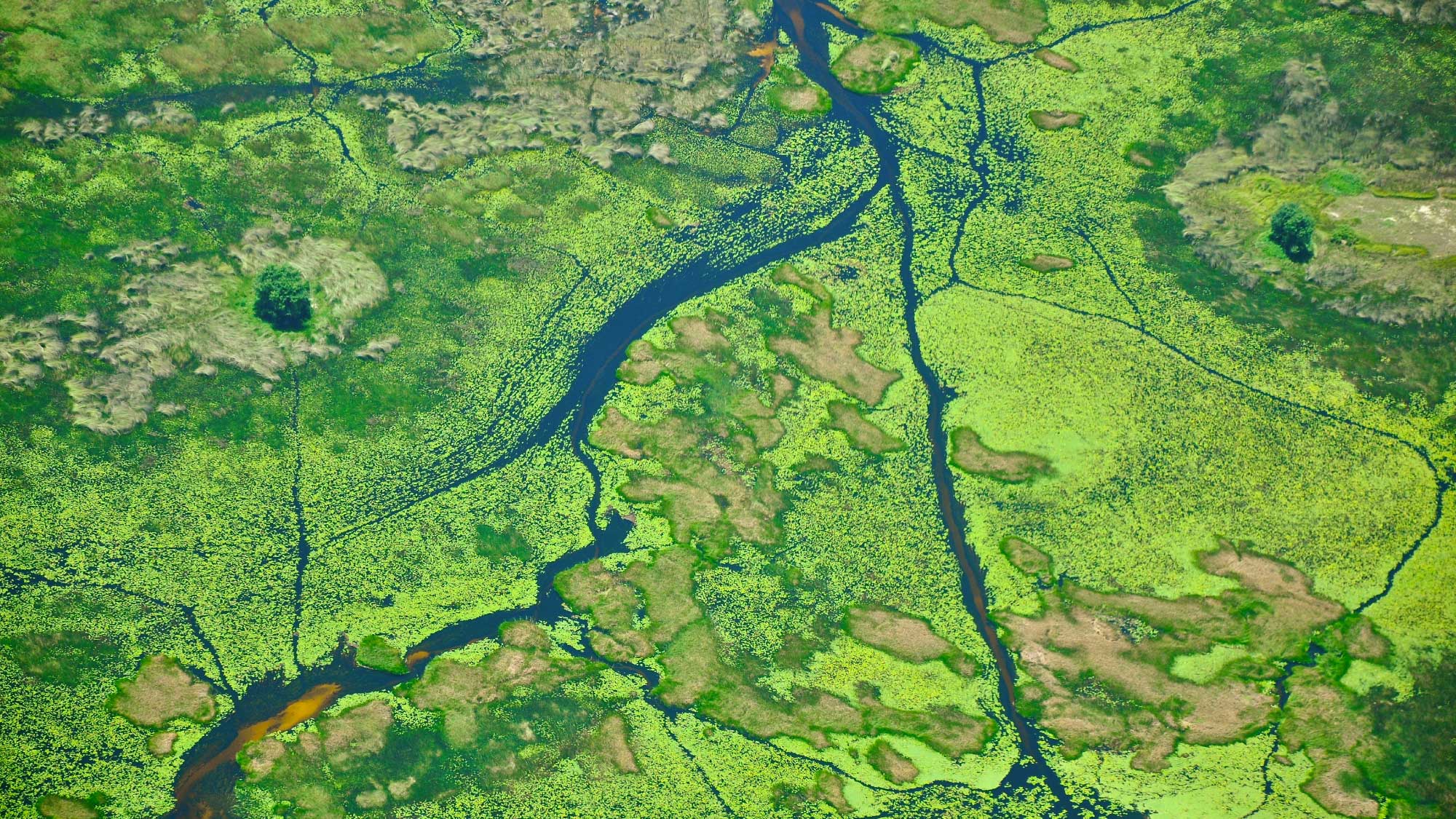 Climate adaptation will be at the heart of the COP26 climate conference in Glasgow in November 2021. With the UK government hosting the event, it is an opportune moment to examine some of the work we’re doing on UK programmes to advance global climate resilience.

As manager of the FCDO-funded Climate Resilient Infrastructure Development Facility, we have been delivering climate resilience work across Southern Africa since 2013. In this blog, the team leader of the programme, Dr Charles Reeve, sheds some light on how, as part of CRIDF, we’re working across the nations of the Cubango-Okavango River Basin (CORB) to ensure the future of this vital ecosystem can serve its communities and ecology.

Charles Reeve is a climate, water and infrastructure expert in our Economic Growth practice area. He has been the Team Leader of the Climate Resilient Infrastructure Development Programme since its inception in 2013.

Our work on CRIDF has supported project interventions in the Cubango-Okavango riparian states to build the climate resilience of communities. The Cubango-Okavango River Basin (CORB) is a large river basin in Africa that extends across three countries, from the forested mountains of central Angola through the ecologically rich wetlands of north-eastern Namibia and northern Botswana, to the Okavango Delta. The Delta is the jewel of the CORB, recognised globally as a unique inland delta with a valuable ecosystem – epitomised by its status as a Wetland of International Importance (Ramsar Site) and UNESCO’s 1,000th World Heritage Site. However, the source waters in the basin are at risk of degradation due to competing demands and ongoing threats. One of the greatest of these threats is climate change which also exacerbates and increases all other threats. 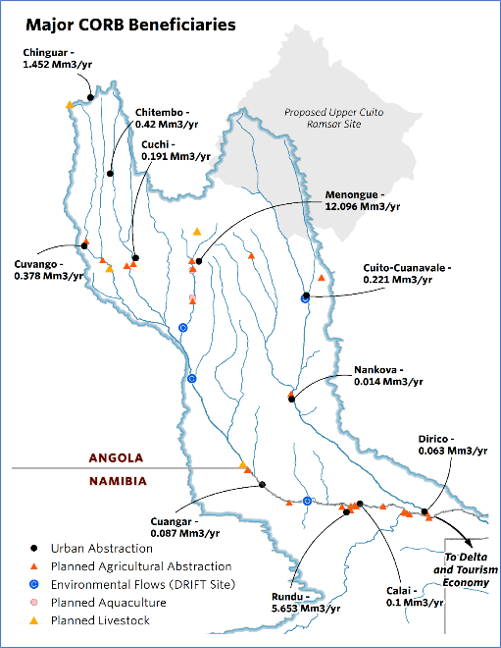 The Cubango-Okavango basin can be split into two main climatic regions. The headwater areas in southern Angola, with higher elevation areas, orographic rainfall, a high river drainage density, falling within the Inter Tropical Convergence Zone ITCZ which is a summer rainfall zone with dry winters. The rest of the basin lies within the arid climate zone of the descending arm of the Hadley cell atmospheric circulation system, with low and variable precipitation, high temperatures, and a negative water balance. This covers the part of the basin in Namibia and Botswana. Future climate projections indicate temperature increases across the basin with the greatest increase in the delta. Rainfall is likely to remain similar in the Angola highlands with a 20% reduction in the delta. There are likely to be substantial increases in warm spells suggesting extended droughts. There are also indications of reduced flood risk in the basin.

A vulnerability assessment, carried out in 2019 by our team on CRIDF, used literature and citizen science to identify ‘hotspots’ across the basin. Hotspots are characterised as vulnerable areas where compounding challenges affect the ability of communities to adapt or respond to climate change and other hazards. These hotspots are used by the Permanent Okavango River Basin Water Commission to guide the identification of project responses that enhance food, livelihood and health security, informed by consultations with stakeholders throughout the basin. These projects are typically rooted in, or reliant on, water resources, but cover a range of components – including irrigation, aquaculture, livestock, energy and ecosystem – and collectively form portfolios of basin-wide livelihood interventions.

Our project team has supported the three riparian states of the Cubango-Okavango transboundary river basin – Angola, Botswana and Namibia – to work together to develop a programme to support livelihoods and conservation activities in the basin that will build climate resilience. We developed a value proposition for this programme and established a company limited by guarantee, the CORB Fund, in Botswana to operate the programme. The development and conservation impact of the fund includes poverty reduction, improved access to water, sanitation and energy, greater food security, improved fisheries management, sustainable river flows and water quality, greater climate resilience and improved long-term ecological health. These impacts will be achieved through key interventions such as water, food and energy security, enhanced agricultural practices, fishing management, reduction in deforestation, improved community natural resource management and, education and awareness through local committees.

The CORB Fund has an innovative hybrid fund structure which has two distinct investment vehicles, namely: a sinking vehicle of more than USD 20 million, which is domiciled in Botswana, and an endowment vehicle of more than USD 250 million, which will be domiciled offshore. Interest from the endowment vehicle will support the operation of the fund and well as the implementing the key interventions. The countries of the Cubango-Okavango river basin are now seeking to capitalise this fund.

The support provided by Tetra Tech to the Okavango basin in South West Africa demonstrates how UK-backed technical assistance helps the three riparian countries of the basin to work together on a more resilient future for their prized ecosystem. With our support, they are identifying vulnerabilities, building solutions and finding the financing instruments to help fund this crucial climate adaptation work in perpetuity.