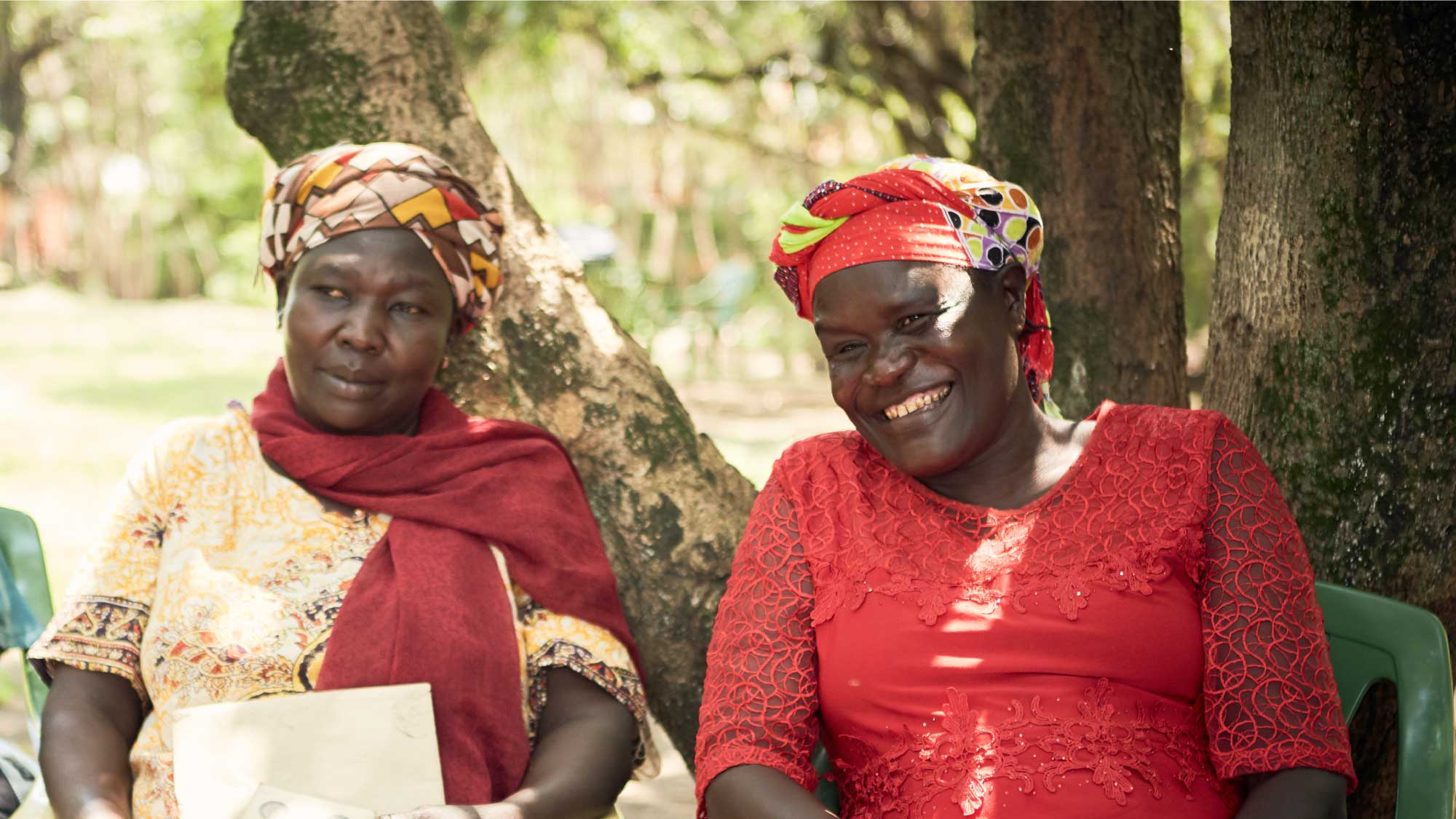 SUED and COP26: the role of women in mainstreaming climate adaptation

Climate change is at the heart of our team’s work on the Foreign, Commonwealth and Development Office’s Sustainable Urban Economic Development (SUED) Programme.

In this series of blogs, shared throughout COP26,

the team gives insights into their work on supporting Kenya’s climate change mitigation, adaptation and resilience.

In this blog, the SUED team shares insights on how they have worked to mainstream gender into climate adaptation in Kenya, recognising that successful climate change programmes are inclusive and gender-sensitive.

Why gender and social inclusion matter in urban planning

Urban planning and design heavily influence the way people can use spaces and access services in urban areas, determining how individuals from different backgrounds access and benefit from economic opportunities. The lack of economic equality – associated with differences in age, gender, ethnicity, religion, physical ability and culture – then creates further barriers to social inclusion through:

Our SUED team supports 12 municipalities in Kenya on exploring ways to ensure that their urban economic development processes are both inclusive and sustainable. We do this by actively engaging with public and private sectors to improve urban economic planning, create a better business environment, attract investment for critical climate-resilient infrastructure and value chain projects, and by supporting each municipality to better manage inclusive urban economic development. As part of our work, we seek to bridge the gap between urban planning and urban climate resilience through integrating climate change adaptation and mitigation strategies in our support.

Through SUED, we ensure the full participation of previously excluded people as empowered self-advocates in development processes and emergency responses. The programme works to address the barriers that hinder access, participation, and benefits previously excluded people and groups. We do this by utilising long-term planning to bring forward the excluded voices in the management of climate-resilient sustainable development in the urban sector.

We understand that climate change affects women, men, the youth, and Persons with Disabilities (PWD) differently. But despite being disproportionally vulnerable to the impacts of climate change, these groups can also act as powerful agents in climate action. For example, women and youth play a critical role in helping their local communities mitigate and adapt to climate change: they innovate local solutions in the way they utilise energy in their homes and small businesses and often find methods and ways in which they can take advantage of the natural resources to create livelihoods.

In Lamu, women’s groups have been key actors in the conservation and reforestation of mangroves. After years of deforestation that resulted in the forest being destroyed, they have led the efforts in planting more than 200,000 mangrove trees. Mangroves are extremely productive ecosystems that can store high levels of carbon and prevent its emission, thereby contributing to climate change adaptation.

To identify and bring these climate adaptation strategies to the forefront, our SUED team has integrated both a gender and social inclusion study as well as a climate risk analysis in our Urban Economic Plans (UEP) to:

a) Identify social groups that were most excluded in socio-economic activities and assess the extent to which their voices were incorporated during climate change discussions,
b) Establish when, how, and why these groups were excluded and explore what practical options could bring them to the discussion table,
c) Learn about the perceptions of the excluded groups in the community towards the included as well as how they perceive themselves and if the latter had an impact in how they engage in socio-economic and climate change discussions,
d) Determine the socio-economic activities that the excluded groups want to participate in and their potential climate and environment impact, and
e) Determine how the urban economic development process can ensure the inclusion of all in climate change actions.

Through SUED, we are mainstreaming gender into all aspects of our climate work:

Institutional practices: Understanding legal and institutional frameworks has helped our SUED team determine which policies it could take advantage of to advocate for gender and social inclusion in climate discussions. We learned how climate change has impacted marginalised groups and what their priorities are. By capturing different voices in multi-stakeholder workshops, the programme has been able to help municipalities to envision a gender-sensitive future scenario that incorporates climate actions.

For example, in most of the municipalities, two thirds of the municipal boards are male and 11 of the 12 municipalities have a male board chair. Common institutional practices dictate that protocol is for the Chair’s opinion to have prominence over other board members, and this practice may hinder women from giving dissenting opinions and suppress their voices in climate and environment discussions. To counter this, the programme has utilised anonymous polling apps to get honest inputs from board members without fear of backlash, providing a platform for women to proactively engage in discussions about climate and beyond.

Cultural norms and beliefs: Our SUED team supports the development of a local climate strategy that is embedded within the UEP to help municipalities address climate mitigation and adaptation and leverage the role of women at household level. To do this, we determined municipal economic priorities and the climate considerations that need to be integrated in the selection of value-chain and infrastructure projects, mostly gleaned in public forums. All 12 of the supported municipalities have family and leadership systems in which men hold primary power, causing women to shy away from such decision-making processes. To better understand their climate change concerns, we carried out interviews and focus group discussions with women’s groups. Their insights and inputs were then integrated into the final UEP. By providing “safe spaces” for women to openly share their experiences, challenges and opinions, we were able to create local solutions that respond to the needs of all the population.

Gender roles, responsibilities and time use: Climate change has a significant impact on socioeconomic processes, especially for women in Sub-Saharan Africa. When droughts hit, it is women that spend their time searching for water in drought-stricken areas, while flooding and the resulting crop loss impacts the family’s food basket. Within the areas that SUED works, the roles women play are time-consuming and labour-intensive.

For instance, in pastoral communities in Mandera and Isiolo, women are tasked with fetching water over long distances – at times on foot without animal transportation, which can be a full day’s trek during the dry season. However, women are seldom invited to discussions on the impact of droughts. By giving women a place at the table, municipalities can provide better support in planning for and adapting to droughts as well as identifying water saving techniques that help manage their household water use.

Access to and control over assets and resources: The constitution of Kenya provides equal rights to men and women over the control of resources. However, due to the patriarchal nature of the municipalities and wider country, women do not have full access to and control over their assets and resources, leading to their reduced bargaining power. As such, when investments in and/or actions related to climate change are called upon, most women are unable to provide resources that would allow them to take advantage of climate-resilient solutions.

A good example that illustrates this is solar energy: in arid areas where solar energy can be harnessed profitably, women with limited access to resources cannot opt in for solar panels for their homesteads. To address this, our UEPs outline how access to opportunities could be improved. These recommendations have become the basis to encourage women groups to take advantage of proposed solutions and opportunities: in Mandera, a county where post-harvest losses are a significant problem, we proposed a solar-powered cold store system that would support local farmers to reduce product spoilage – most of them women. By incorporating them into such projects, we are actively creating jobs and opportunities for women.

Patterns of power and decision making: In places where women do not proactively participate in cooperatives and income-generating initiatives, they have limited power to make decisions that impact climate change and budget. For instance, women that live in households relying on firewood and charcoal, cannot purchase alternative sources of fuel when taught about the effect that felling of trees has on the environment and climate. As they do not have control over the household budget and decision making, they lack the power to make the change needed.

We have addressed this by strengthening women’s groups: through improved bargaining power in economic development, they are in a better position to influence decision-making processes that affect their ability to mitigate against and adapt to climate change. Municipalities were keen to incorporate women’s voices into the decision-making process as they are the key “soft influencers” in the community.