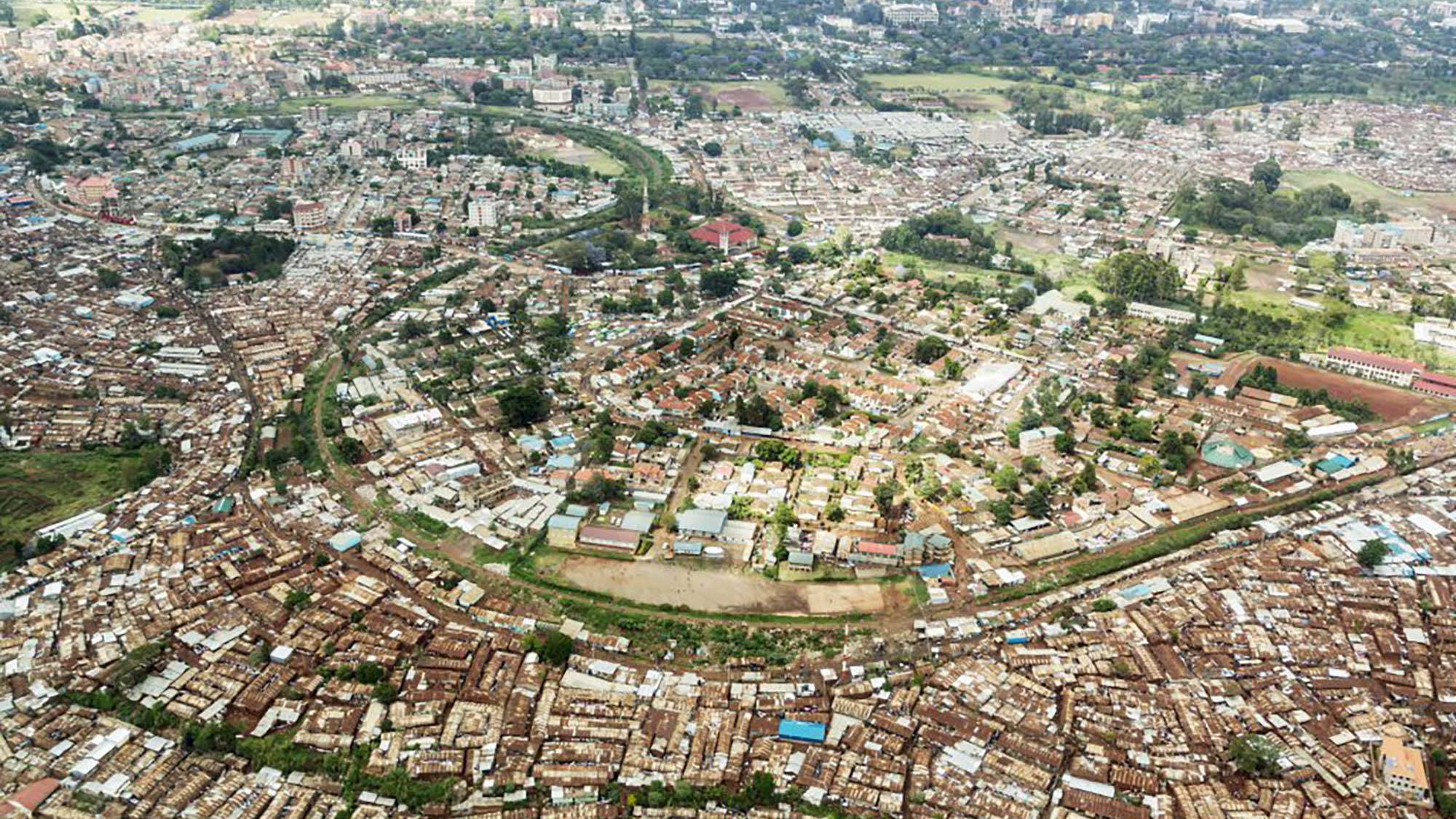 Climate change is at the heart of our team’s work on the Foreign, Commonwealth and Development Office’s Sustainable Urban Economic Development Programme. In this series of blogs, shared throughout COP26, the team gives insights into their work on supporting Kenya’s climate change mitigation, adaptation and resilience.

This blog highlights the work the team has been doing to strengthen the resilience against climate shocks on a local level and to better seize opportunities for low-carbon economic growth.

Kenya’s economy – the largest in East Africa – has seen high growth in recent years. The economic and social inequality across its regions, coupled with slow jobs growth, however, are still a significant contributor to conflict and increased migration to urban areas. As a result, municipalities struggle to plan their urbanisation, making them and the population particularly vulnerable to climate shocks such as this year’s widespread droughts, which the Kenyan Government declared a national disaster.

Until now, there have been few value-added economic activities that have been able to seize the potential of Kenya’s regional urban centres. The economic output of these smaller urban areas, however, contributes significantly to national growth. Linking smaller urban centres with each other and with regional corridors is especially vital in the agricultural sector, which accounts for a third of the country’s GDP. Small-scale farming accounts for roughly 75 per cent of the total agricultural output, and the sector provides work for nearly 70 per cent of the economically active population. However, the agricultural sector is heavily impacted by climate change, so it is essential for the sector to adapt and build resilience to climate impacts.

Climate resilience of smaller cities is at the core of Kenya’s diverse economic challenges. Supporting their sustainable growth to facilitate economic growth and diversity, creating new jobs that will grow national output and act as a disincentive for mass and uncontrolled migration into major urban centres – all these tasks require careful urban planning. With Kenyan devolution providing opportunities for newly empowered local administrations to take ownership, there is fresh potential to attract investment and promote activity within their jurisdictions. 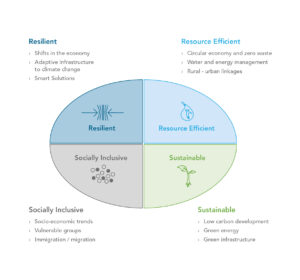 The SUED principles guide how we develop Urban Economic Plans.

The UK Government, through its Sustainable Urban Economic Programme (SUED) is supporting smaller cities and localities across twelve Kenyan municipalities. Following a market-based approach, our team has developed Urban Economic Plans (UEPs) by helping identify value chains and supporting critical climate-resilient infrastructure development that will maximise the economic potential of smaller cities. The SUED principles have guided the development of inclusive, climate-resilient interventions that will support job creation and economic growth.

Each of the municipalities has its own character with a range of comparative advantages to build on to develop a unique economy and urban environment. There are shared factors – for example similar climates, location within economic blocs, or existing assets – but there is a clear need to understand the competitive advantages of each municipality to ensure sustainable economic growth through value addition.

Global GHG emissions from livestock supply chains are significant, accounting for 14.5 percent of total anthropogenic emissions. While organisations such as the FAO are working to counter these impacts by improving livestock resource-use efficiencies, pastoralist industries remain vital to the Kenyan economy, with livestock being one of the main sources of livelihood in all of the SUED municipalities. Nationally, the livestock sector is estimated to be worth of 70 billion KES and employs 90 per cent of the rural population. For most SUED municipalities, there are high potential value chains (VCs) in livestock such as milk processing, abattoirs, poultry, tannery, leather goods and feedlots. These VCs also have good potential for creating employment within the supply chain, where they all provide a stable offtake for livestock produce. In Mandera and Isiolo – located in the arid and semi-arid North East region of Kenya – livestock is the main source of livelihood. While there is a long history of knowledge in the sector, there is only little to no existing value addition. On SUED, we work to address some of the underlying challenges that hinder supply chain employment such as cyclical droughts, animal mortality and inadequate markets. We are doing this by incorporating climate-smart solutions such as Sustainable Urban Drainage Systems (SuDs) to make the sector competitive and attractive to investors.

Fruits and vegetables, despite their perishable nature, present high potential VC opportunities for all of the municipalities. The majority of inputs are rain-fed crops, which proves particularly challenging in a context where climate change has a considerable impact on the rainfall in the reason. This need for variety and improved resilience has been taken into consideration in the VCs identified by SUED in the UEPs, which is why most of them look to utilise more than one type of horticultural product.

For example, a mango juice value chain will also look to process other fruit and mixes –pineapple, tomato, passion fruit – for juices to extend the season. In addition, tamarind can be stored for processing into juices and pulps in the off-season for soft fruits. Once the juice processing facility is established as an off taker, farmers can invest in additional irrigation for their fruit crops, providing some produce for processing all year round.

But SUED’s work does not end there. Our team has also developed innovative ways to add value to the by-products produced as a result of other VCs. In Isiolo for example, processing abattoir waste is a high potential VC. Its outputs include biogas, proteins for fertiliser, feeds and filter cake. Other examples include biopolymers from avocados and other vegetables. In Kisii, our focus was on creating value addition through a circular economy approach: we have established the processing and collection of previously overlooked waste and by-products such as banana fibres, which can be used to produce absorbent pads, rope, cardboard, tea bags, textiles and matting.

In cities and towns

Climate resilience is a key consideration in the urban design and master planning process, and addressing urban flooding is an important step in creating more resilient municipalities. Several UEPs include multi-functional river parks – sponge cities – which also act as flood storage, while sustainable urban drainage and natural flood management features have been incorporated in the revitalisation plans for the majority of SUED towns and cities.

Decentralised solar power provides an opportunity to increase access to energy, improve climate resilience and reduce carbon emissions. In the SUED municipalities, access to clean energy is a major consideration for economic development. For example, our team has found that high temperatures – and the consequent post-harvest losses – are having a significant impact on farming livelihoods. To address this, we are establishing solar-powered refrigeration points. These cooling systems provide sustainable, low carbon solutions that are able to reduce the harvest losses and help create a more consistent flow of produce to urban markets.